Global Moringa’s inception can be traced back to a lifelong and career educator’s humanitarian project in Kumasi, Ghana. In the early 2000s, our founder, Dr. Beryl Dorsett, surveyed and worked with Ghana’s education system as a delegate for the United Nations. Drawing from her experience as the Assistant Secretary of Education during the Reagan Era, she decided to create an elementary school in the village of Kumasi. With the help and contribution of American donors, the school was funded by sponsors in which each sponsor’s contribution covered all costs for one student.

After a few years of teaching, Dr. Dorsett noticed the students were not advancing as fast as she had envisioned. Upon looking into the situation more closely, she realized the children were not receiving a diet that promoted learning. In fact, the problem was that her students were constantly hungry and were suffering from malnutrition. Bringing up the problem her students faced with the other delegates, she was informed that malnutrition wasn’t unique to the children of her school; it was a problem affecting the entire country.

It was at this time that Dr. Dorsett was introduced to Moringa, a local acclaimed medicinal plant. At the time, the United Nations was running experiments and testing the feasibility of using the plant in the country’s fight against malnutrition. Studies done on Moringa showed incredible nutritional properties and a plethora of health benefits for the human body. The experiments revealed that Moringa possessed 9 times more protein than yogurt, 17 times more calcium than milk and 25 times more iron than spinach, just to name a few. Dr. Dorsett saw the solution to her students’ malnutrition crisis in this plant. Immediately, she invested in a few acres of land in order to grow some trees of the acclaimed “miracle plant.” She wanted to harvest Moringa leaves and turn them into a meal that would be fed to the students during their designated lunch period, supplementing whatever lunch the children regularly ate free of charge.

After a few months of providing her students with what she nicknamed “Mother Nature’s Multivitamin”, Dr. Dorsett witnessed a radical change in the students’ academic progress. Not only were the students doing exceptionally better and flying through the course work, they also seemed more enthusiastic and energized during the school day. Furthermore, the children’s parents would frequently thank Dr. Dorsett for the positive changes they saw in their children. With the introduction of Moringa into the students’ diets, malnutrition was no longer a hindrance in the Kumasi children’s desire to succeed.

Our Moringa has been widely lauded for its unmatched color and unbeaten freshness.

Sadly, the weakened United States economy of 2007 brought troubling times to the small Kumasi school. Due to the uncertain state of the economy, many of the school’s sponsors pulled their contributions and support. This dwindling economic support threatened to take away the privately funded school from the Kumasi children. Determined to keep the school open for her students, Dr. Dorsett sought out the help of her entrepreneurial son, Akin Dorsett, to secure funds for the small village school. Wasting no time at all, mother and son met to develop a strategic plan in what is known today as the very first Global Moringa business meeting. Their plan called for the importation of Moringa into the United States with the goal of introducing it to the health and nutrition markets. It was unilaterally agreed upon that the funds made from selling Moringa in the US would be used to sustain the small village school that was crucial for the advancement of the Ghanaian children.

Buy Africa Exports, the precursor of Global Moringa, made its first importation of Moringa, establishing itself as the first entity to import native Ghanaian Moringa into the United States. From that moment on, our CEO and Dr. Dorsett’s son, Akin Dorsett, have worked hard to evolve Global Moringa from a small humanitarian project into a seasoned brand boasting mastery over Moringa. Years of experience have allowed the development of thoroughly tested trade secrets that provide only the best organic Moringa. Our Moringa has been widely lauded for its unmatched color and unbeaten freshness. Our great variety of unique Moringa products have gathered a large and loyal customer base, who hail from various parts of the world.

This global ideology allows the empowerment of local farmer families worldwide by providing them an opportunity to be involved in a rapidly growing market.

Today, Global Moringa works on its global mission to expand the knowledge, research and usage of Moringa for the benefit of global health. With established farms in many villages of Ghana, Global Moringa is currently working on developing farms in Ecuador and other South American countries. This global ideology allows the empowerment of local farmer families worldwide by providing them an opportunity to be involved in a rapidly growing market. Keeping connected with the “small family” business model instilled by our founder, we value all of the farmer families who partner with us and provide them with a competitive opportunity unmatched by any other organization.

Global Moringa has come a long way since its humble beginnings helping Ghanaian students fight malnutrition. In today’s society, we realize our vision really hasn’t changed much from those times; it has just expanded in scope. In times where the future sustainability of mankind is constantly questioned, we strive to be at the forefront in the fight against malnutrition for the benefit of a global society.

Dr. Beryl Dorsett is a lifelong educator who has dedicated her life to global betterment through philanthropy. A distinguished educator, Dr. Dorsett was appointed Assistant Secretary of Education by President Ronald Reagan in February 1987, becoming the first female appointed to said office. During her tenure, she was responsible for the complete oversight of the five-billion-dollar federal program that created national programs and protocols for the United States’ elementary and secondary school systems. Her other positions of leadership in education include being the Assistant Principal (Interim acting) of P.S.22, Principal (Interim Acting) of P.S.73 and Director of the Office of Funded Programs in Community School District 9. She received her Ed.D from Fordham University in 1997.

Dr. Dorsett’s relationship with Moringa began during her days as a delegate from the National Association of Negro Business and Professional Women’s Clubs, Inc. to the United Nations in Ghana, Africa. The Moringa plant was recommended to her as a solution to the malnutrition crisis her students faced in a small village school that she created. Nicknaming the medicinal plant “Mother Nature’s Multivitamin”, she envisioned a world where Moringa would help eradicate malnutrition. Since her initial encounters with Moringa, she has dedicated her life to promoting Moringa around the world, using it as a tool to empower women, the children and all other minority groups on a global scale.

Akin Dorsett is a career entrepreneur, Aeronautical Engineer and an active philanthropist who focuses on the betterment of underserved inner city children in NYC. A graduate of the United States Air Force Academy, Mr. Dorsett has served his nation for a proud 20 years, fulfilling many responsibilities in the active duty Air Force. Outside of his military career, he has teamed up with many organizations in the New York City area that provide enrichment programs for underserved youth. In one such organization, 16Hertz, he hones his engineering background to provide students with training in STEM (science, technology, engineering and math) education. He avidly believes training the youth in STEM will unlock a powerful generation for the advancement of our global race.

This ideology has been at the bedrock of Mr. Dorsett’s inspiration and work with Moringa. He actively strives to educate the masses on the incredible health benefits of this superfood through the creation of new Moringa based products. Building upon his mother’s work with Moringa, malnutrition and education, Mr. Dorsett’s goal is to prevent malnutrition from hindering education on a global level.

Piero Izquierdo is a Syracuse University graduate with a Bachelor’s of Science in Biology and a keen interest in the future sustainability of the global race. Mr. Izquierdo was greatly attracted to Global Moringa after finding a parallel between his research interests and Global Moringa’s mission.

Global Moringa has given Mr. Izquierdo an opportunity to apply his love of science to a greater good. As a young entrepreneur, he aids Mr. Dorsett in the development of new Moringa based products and global partnerships. Currently, he spearheads Global Moringa’s expansion efforts in Ecuador by granting fund cooperatives to local farmers interested in being part of the Moringa revolution. As a young Biologist, he conducts experiments on Moringa with the goal of contributing to the current scientific literature. His main areas of studies revolve around discovering optimal growing conditions and uncovering new ways to take advantage of Moringa’s health benefits. In an attempt to assimilate modern culture with the health benefits of Moringa, Mr. Izquierdo manages social media promotion efforts through different social media outlets. He avidly supports Global Moringa’s mission and believes the first step is to educate today’s global society in the wonders of “Mother Nature’s Multivitamin”. 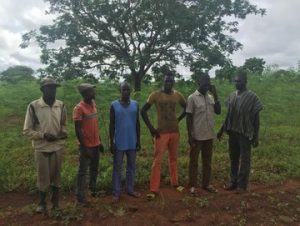 Started in 2002, our Ghanaian farmer-partners are the keepers of our eldest and most nutritious trees. Time tested masters of their craft, these farmers have developed and perfected the intricate harvesting and drying techniques that produce the unmatched quality Global Moringa is known for. With sustainability making up a large part of their personal belief systems, our farmer-partners see organic farming as a way of life instead of a cool trend. 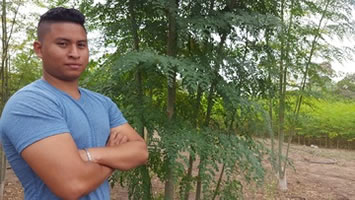 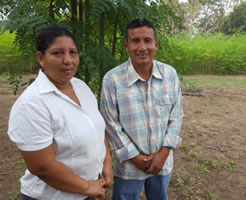 Started in 2015, our Ecuadorian farmer-partners are responsible for taking care of our youngest Moringa trees. These farmers infuse their rare expertise of farming with our proven techniques to bring an exciting South American variant of Moringa. Masters of extremely fertile volcanic soil, our Ecuadorian farmers know no other way of farming other than sustainable organic farming.

Global Moringa is a family owned brand of Moringa products. We grow, harvest and distribute from our own 100% organic local farms in Ghana and Ecuador.